One of the ancient elements of the Divine Office that is not included in the Anglican Breviary is the litany which formed part of the end of Tenebrae Lauds. This litany could be found in many medieval uses and until recently in some religious orders as well. This litany is known as the “Litany Kyrie puerorum” because each section begins with a kyrie chant performed by children. The Italian use lost this litany when the Liturgy was reformed following the Council of Trent.

Lauds can be considered as consisting of two “parts.” The Psalmody – which includes the Psalms to be said and their antiphons; and the second part which runs from the Chapter to the Collect. The climax of Lauds is the New Testament Canticle. The Psalmody comes from the Old Testament and culminates in the New Testament. The structure of the Office progresses from Messianic expectation to fulfillment. The “Office of Darkness” or Tenebrae is to be said or sung on three days of the year: Maundy Thursday, Good Friday, and the “Holy Sabbath.” It is sung as the sun sinks below the horizon and ends in a complete darkness where only the light of the one candle remains symbolizing the Light of Christ (this, of course, is entirely lost to those who celebrate Tenebrae in the morning). Toward the conclusion of Tenebrae Lauds we find the Litany Kyrie Puerorum immediately following the Benedictus and its Antiphon and preceding Psalm 51 (50). Thus:

This litany, though lost to the users of the Roman Breviary and the users of the Anglican Breviary is present in the Breviary Day Hours compiled by the Community of St. Margaret as St. John Mason Neale most likely gave it to them. The litany is of great simplicity and beauty and goes as follows (in English):

It appears that in the sarum Use, followed by Neale, the litany was retained and so ended up in the liturgical books in use at St. Margaret’s. Once again, Anglo Catholicism and Anglican Ritualism saves ancient beauty lost to the Reformation and to Rome.

2 thoughts on “The Tenebrae Litany” 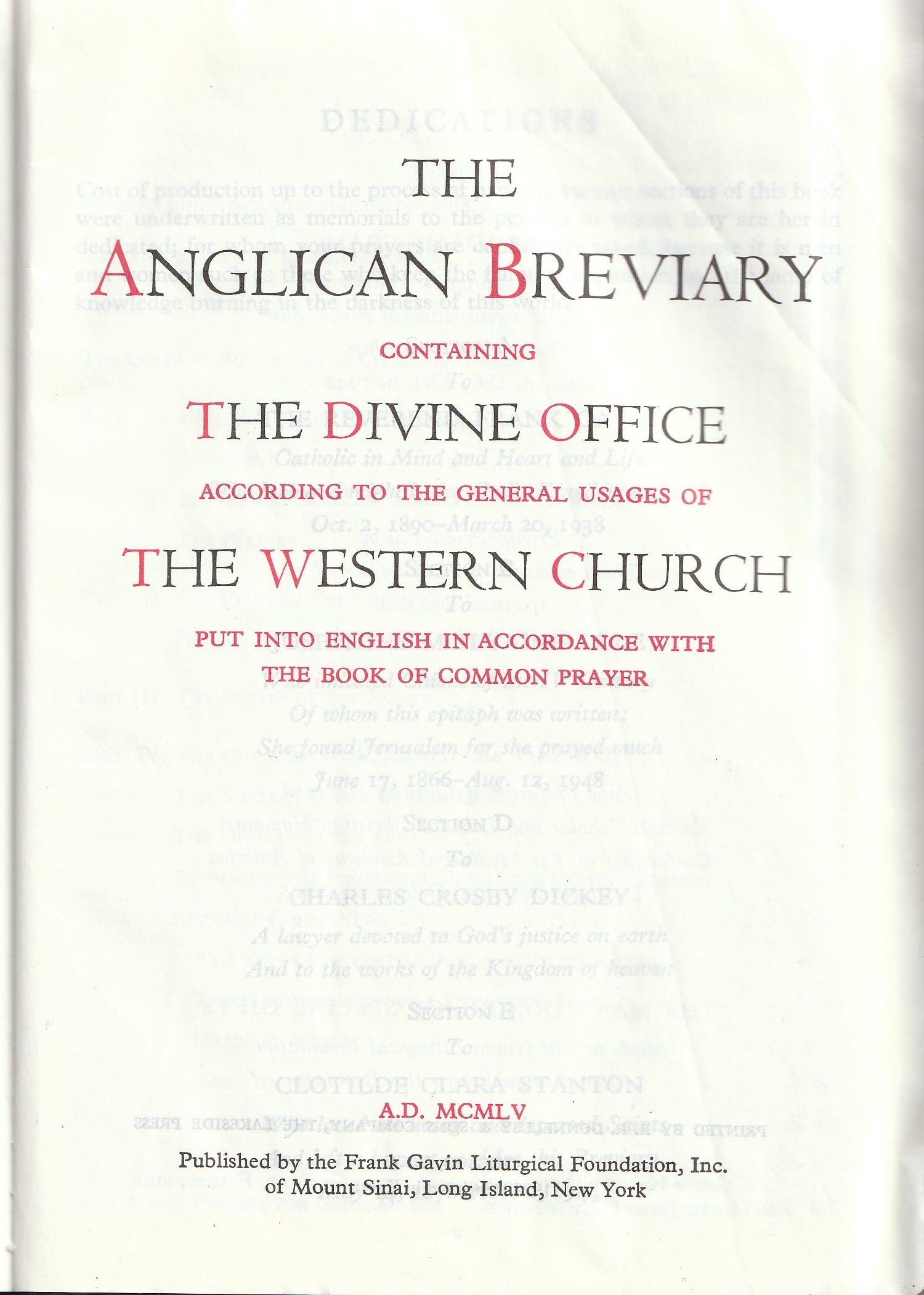